Starting off with over a decade of Windows programming followed by embracing the Open Source community, I have an unusual (and very useful) breadth and depth of programming (and I.T.) experience across unrelated technologies.

I specialize in websites and e-commerce and have extensive experience in Drupal customizations. My Drupal profile (Reg) is at http://drupal.org/user/63409 and you will see I have been a member for over 10 years with a long history of contributions to the community. A person's drupal.org profile is one of the most reliable ways to tell a person's experience and competence in Drupal.

Briefly I started off with hardware design with low level programming (assembly) followed by over a decade of Windows programming followed by embracing the Open Source community. I have an unusual (and very useful) breadth and depth of programming (and I.T.) experience across technologies.

I am experienced in back-end development, integrations and front-end development. Also, for my own education I set-up and managed Linux web and mail servers for a time.

As a seasoned professional I make it my business not to be a cliché developer by being easy to get along with and at least somewhat knowledgeable in most aspects of business outside my own expertise.

It's unusual to show pictures like this in a resume however as they say, “a picture's worth a thousand words”, and this shows the development environment that I created – proof of I.T. technical experience and abilities.
I do all my software development in this environment which makes for very efficient use of time. 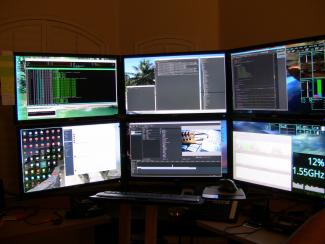 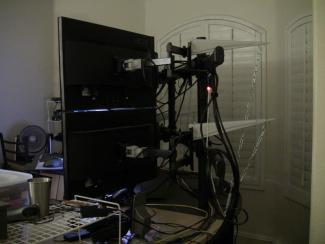 CURRENT TECHNOLOGIES
(in which I have proficiency)

HISTORY OF TECHNOLOGIES
(in which I have or had proficiency)

TECHNOLOGIES
(in which I have some experience)

TECHNOLOGIES – which I work with on/off:

Approx 50+ projects covering a wide-range of applications including:

Because I tend to work on high-end projects I have close associations with top professionals I have met on those projects who have various related skills including: Strategic marketing, search engine optimization, search engine marketing, graphic design, writing and other types of programming any of which I can tap into for you or pass your way if you need the additional talent.